← Note of Appreciation for Marlene King
Fandom Vs. General Audiences →

I’ve been doing a lot of thinking, reflecting, reading, listening and talking recently about Brittana, Glee and the ongoing battle of the fans.  And you know what? It might be time for testing a new approach.

The traditional model of fighting for equality involves just that; a lot of fighting.  Everything from advocating for government change through rallies and protests, all the way to TV and boycotting advertisers, or letter writing campaigns.  That’s what the model looks like; something isn’t right, we take up our pitch forks and picket signs and fight like hell.

But equality is most likely not won by fighting alone.  That’s part of the reason culture changes more from TV than anything else. People develop an attachment to or understanding of their favorite characters.  Sometimes those characters are lesbian, gay, or otherwise different from ourselves, and we extend our new found love of those characters to a new found acceptance of real life people similar to those characters.

Fighting is even common much closer to home, like in relationships.  When things go awry in a relationship, it’s normal to react out of a place of anger.  The problem with anger is that it’s really a secondary emotion; a natural fight or flight response to feelings of being hurt (or similar emotions).  Anger protects and masks vulnerability and hurt so we can defend ourselves.

By directing that anger at the person who has offended in the first place, the other person’s defenses are turned on.  When both people go into anger defense mode, nobody gets heard, the real problems are never addressed and everybody ultimately loses. 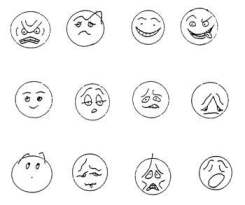 Many relationship and communication experts advocate for using “I” statements when dealing with problems instead of attacking out of a place of anger.   For example, the statement “You are selfish,” is not as effective as the statement “I feel… when you…” For example: “I feel lonely when you spend all your time with other people.” Instead of that gut reaction, “You’re selfish.”

What does this have to do with Glee?  Like it or not, fans and show creators are in a relationship.  It’s maybe wrong to say, ‘versus’, and should read ‘with’.  In terms of Glee, fans of Brittana, and at one point or another, most Gleeks, have been fighting against the show’s creators for months.  Fighting in that traditional way; by attacking the writers directly about the injustices laid on fans all season long.

Fans are angry, and want Glee to improve.  We’ve been taught to use all of these anger generated methods of fighting because that seems to be the way to get things done.  But in all honestly, it maybe failed, just like this approach would fail with someone we were in a more intimate relationship with.

Perhaps the key to advocating for better representation on TV starts with powerful and compelling “I” statements.  The reason fans get so riled up in the first place comes from aspects of the TV show (good or bad) that resonate so deeply with our own histories we have to express those feelings somehow.  There is a blurry grey area between where our personal realities end and “just a TV show” begins.

The double standards on Glee, the antagonistic treatment of fans and the attempt by Glee to erase incredibly meaningful and powerful stories is absolutely, at best, frustrating.  Fans have responded with anger.  And that is the real problem.  The hurt Glee has caused this past season is boundless and it comes out as anger.  Glee used to be a safe place for anyone who ever felt different. 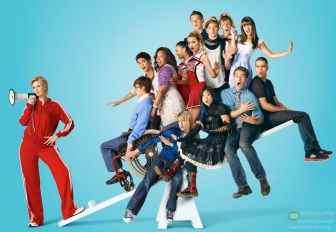 Let’s be frank here.  Glee really does have an obvious and documented double standards problem (among other grievances.)  I can tell Glee their double standards are wrong until I am blue in the face.  But at the end of the day, the reason I fought so hard in the first place is because Glee hurt me, and hurt a lot of other people too.

I am angry, yes, but what that anger is hiding is what I really feel about season 4 of Glee, which can by summed up in the following words: Hurt, betrayed, devalued, and worthless.  That is how Glee’s treatment of Brittana and Brittana fans makes me feel.  And it’s the worry that left unchecked, other people after me will have to feel those same emotions if I don’t do something.

I’d like to think that maybe, just maybe, trying to reach the creators of Glee with a different approach, from a more human place, is something to try.  In offering the deepest part of ourselves as evidence of changes that need to be made, that is a step that might make a difference.  It’s a form of those “I” statements that enables communication in a relationship.

While fighting like hell has its merits, a “with” approach has the capacity to be even more powerful.  Even if the end result is no change from Glee, at the very least, we can remind each other why we invested ourselves in this crazy journey with this crazy show to begin with.

← Note of Appreciation for Marlene King
Fandom Vs. General Audiences →